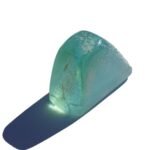 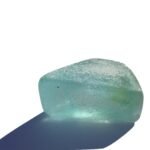 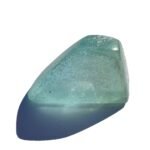 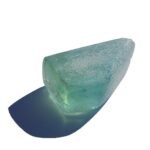 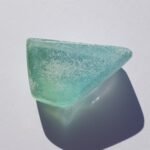 In our travels, we were very fortunate to come across a  limited quantity of Egyptian Andaras. We have since read that at the time of the fall of Atlantis, many Andara were carved and programmed to be collected in the future by the intended Guardians. This rare Aqua Andara has been named after the Goddess Isis who is known in Egyptian mythology

Isis was perhaps the most important goddess of all Egyptian mythology. During the course of Egyptian history, Isis assumed the attributes and functions of virtually every other important goddess in the land. Her most important functions, however, were those of motherhood, marital devotion, healing the sick, and the working of magical spells and charms. She was believed to be the most powerful magician in the universe, because she had learned the Secret Name of Ra from the god himself.
Daughter of the earth god Geb and the sky goddess Nut and the sister of the deities Osiris, Seth, and Nephthys, Isis was wife to Osiris, god of the underworld, and bore him a son, Horus. … Her cult subsequently spread throughout the Roman Empire, and Isis was worshipped from England to Afghanistan.  Ancient Egyptian depictions of Isis show her dressed in a long dress with a crown on her head. She is often depicted with an Ankh in her hand, representing eternal life. The tyet is a symbol often associated with Isis.
Isis was also known for her magical power, which enabled her to revive Osiris and to protect and heal Horus, and for her cunning. By virtue of her magical knowledge, she was said to be “more clever than a million gods”. She was also  known as the goddess of the moon. As goddess of life and magic, Isis protected women and children, and healed the sick. Closely linked to the throne, she was one of the greatest goddesses of Ancient Egypt.

This rare and unusual Andara has been charged under a pyramid, and bathed in the exquisite perfume of the Egyptian Blue Lotus Oil, which is the exact colour of this beautiful Andara.

We have a very limited collection of these incredible tumbled pieces available for adoption. As you may see from the photos, many are still seeping Etherium, which will rub off onto the hands of their new guardians. These are perfect as palm pieces, or popped into one of our cotton macrame baskets to be worn on the body. They are lovely, gentle, feminine Andaras, containing so much amazing information for mankind.