Recently we received a new delivery of Andaras. These pieces had a charm and special beauty that was unique. They just sparkled and glittered. As each day passed, they glowed more and more. Then something crazy happened….we both started getting the idea they had come through some type of vortex from a different dimension….a magical place filled with Fairies and all sorts of Woodland creatures. It was as if they came to life And what life and energy they have within them….it’s all magical, mystical, ethereal, celestial, cheeky and down right funny! They began by asking to be put into pairs, or teams. Some wanted to stay alone.

As I was attempting to enter them into our shop, they began giving personalized information. They also began changing their minds and causing havoc. They were really testing our patience like no Andaras have before. I then handed them over to Charmaine for her to do the next step, photographing and uploading the images to the shop.

They began directing her to make oils for some, and choosing which coloured bags they wanted to be packed in. Again they kept jumbling our stock out of order, and hiding. Some even became incredibly demanding and pushy with their expectations. We have been asked to prepare customised fairy gifts to accompany them.

We are to allow them to re-kindle a child-like joy within us, which will help us raise our vibration higher and higher, as their contribution to our ascension process, and that of the planet.

Here is a link to their own little fairy kingdom… https://andaralovers.com/product-category/andaras/asian-andaras/woodland-magic/

There are some single pieces as tiny as 2 grams, and some already packed into sets at their request. Make your own Fairy Ring

There may be one you especially love, or this may even be the start of your very own Woodland Kingdom, with your special collection of Pixies, fireflies, fairies, sylph,  and even the very cheeky elves and gnomes. We started getting message as well from the Mer kingdom, who insist they are part of the magic. They tell us they are the underwater version of the Angelic Kingdom, bringing the magic through water, where the Angels bring it from the sky.

You may just want to spend some time communicating with our photos, allowing them to bring magic into your world.

They will be so happy if you take your time gazing at the images we have collated, allowing them to send their message of fun and laughter to you via the magic of the internet. Please spend some time within our little fantasy world, allowing your cares to disappear with the wave of a fairy wand. ✨🧚🏻‍♂️✨ 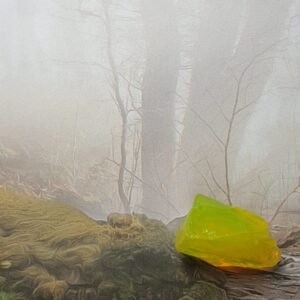