Image is from a beautiful Rainbow Serpent Grid the Andaras requested us to make on 2/2/22,. We used the original Rainbow Andaras, and the pendants that seemed so connected to Uluru. We added some tiny new rainbow pieces to outline the serpent, and a couple of large Amethysts. Playing Solfeggio frequency 396 as we meditated, we sent love into the grid lines and out through the waterways to the ocean.  ***The smaller Rainbow Andaras will be added to our shop shortly.

When we first bought these Rainbow Andaras, we knew they were very special, yet had no idea why.

Some exhibited all the colours of the rainbow, and some were tones of Golden Amber and Purple. There was a magnetic energy to these pieces. Even the ones containing few colours insisted that within them were the energies of every colour of the rainbow.

Many of the pieces that arrived were quite large, including some of the pendants. They assured us they were needed just as they were. 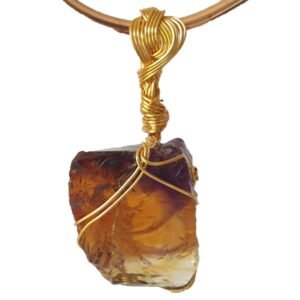 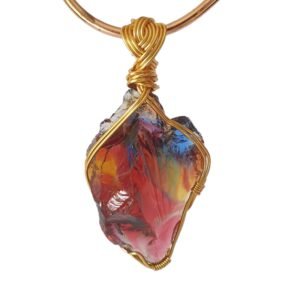 For some reason, the Golden browny/red tones reminded me of the colours of Central Australia, of Uluru, and of our First Nation People in Australia.  https://en.wikipedia.org/wiki.Uluru

The Purple colour within these stonse was reminisecnt of the deepest hue of Amethyst crystals, a personal favourite. https://en.wikipedia.org/wiki/Amethyst

I recently came across an interview of an Indigenous Elder, Grandmother Mulara, and the connection fell into place. In her interview, there was mention of creating new songlines which resonate to Amethyst.

Here is a link to her fascinating interview with Charlie Ward here.  The part relating to new songlines is around the 30 minute mark.  https://www.bitchute.com/video/xXPZxflY0otl/

As I listened, I knew these unusual Andaras were to here to assisst with clearing the fear and anger currently being held within the people and the energy of the earth, starting right here, in Australia.

We knew there would be gridworkers looking  to amplify and anchor the powerful energies needed to wake up some of the population that are still oblivious to what is really going on in the world.

We looked at our stock, and certain pieces let it be known they were waiting patiently to do this task. Charmaine dowsed to establish if there was frequency they wished to have  activated within them, and it was the solfeggio frequency 396Hz. 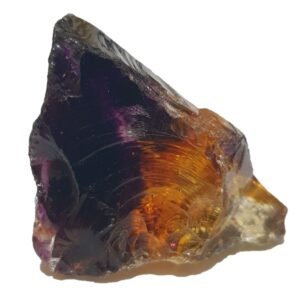 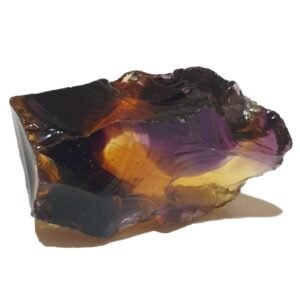 Solfeggio Frequencies are nine tones derived from numerology which were used centuries ago, and are believed to create positive shifts to those near them.

The energy centre, which relates to our Base or Root chakra, is often blocked by Fear, Stress, Worries, Anxiety and its effects start reflecting in every part of our lives. We become negative. Body produces cortisol, which affects our sleep and our health.

396 Hz Solfeggio Frequency is one of the Fundamental frequencies used in Sound Healing. This frequency cleans the feeling of guilt which often represents one of the basic obstacles to realization. 396 Hz frequency music is helpful in creating a strong magnetic field of energy which helps and gives power to achieve our goals. Its vibration releases you from the feeling of guilt and fear.

Note – This Solfeggio Frequency is also used for awakening and turning grief into joy!

For anyone interested, here are some links to  information on Songlines, and the Rainbow Serpent, although Grandmother Mulara has covered it all clearly and perfectly.

The Rainbow Serpent is one of the most common and well-known Aboriginal stories and is of great importance to Aboriginal Society. See further information here: https://en.wikipedia.org/wiki/Rainbow_Serpent

In some cultures, the Rainbow Serpent is considered to be the ultimate creator of everything in the universe. Its history is passed down from generation to generation.

A songline, also called dreaming track, is one of the paths across the land (or sometimes the sky) within the belief system of the First Nations People of Australia.  This marks the route followed by localised “creator-beings” during the Dreaming. The paths of the songlines are recorded in traditional song cycles, stories, dance, and art, and are often the basis of ceremonies.

They are a vital part of Aboriginal culture, connecting people to their land.

As per Grandmother Mulara, the new songline frequency is Amethyst, one of the most commonly available crystals. Pretty much every crystal collection contains at least one Amethyst. I suddenly had an image of a sphere I had bought more than 30 years ago that I knew was important, and finally understood why.

We have gridded these Rainbow pieces with some very special Amethysts, as well as the Solfeggio frequency.

How to Anchor the Song

Holding an Amethyst in your hand, imagine yourself as a note, whatever note it is for you, beaming down the new energy.  Hum that note, or sing whatever tone or sound comes to you.

Imagine, with intention, linking in to the new grid that the Grandmothers have put in place.

Feel the song of the land vibrate through you.

If one of these pendants is calling to you, they tell me they are to be worn half way between the heart and throat chakras, and the guardian is to connect these chakras, then draw the energy into the earth to the grid lines.

Their song energy will go wherever it is needed of its own accord, just direct it to the gridlines. Songlines and the Dreamtime