An important part of our Andara Adventure was the  African Metaphysical Adventure. Previously we mentioned the more ‘normal’ or ‘physical’ aspects of our African Andara journey.

What we haven’t mentioned so far is much more intriguing. Without it, our story is incomplete. Where do we start? Africa is so VAST! https://en.wikipedia.org/wiki/Africa

Naturally, we turned to our ever-growing Andara collections.  Our Andaras helped us by putting together pieces of a huge puzzle of information from a number of sources.

Before Charmaine had returned to Africa, we had both bought beautiful Elohim Andaras, pictured here. We soon discovered they worked as a very close knit team. Charmaine’s Elohim Andara insisted it be taken on the trip to the mines. It was carefully packed in her luggage, ready for the journey.

The day before they were to leave, I mentioned to Charmaine that mine must have been through the wars overnight.  It was very damaged when I woke that morning and spotted it on my bedside table. Charmaine quickly went to hers, only to discover  it had also been damaged, as thought hit by a hammer.

Who knows what they had been up to while we slept!

A friend gave me a message that if Charmaine meditated with her Elohim, she would be shown a vortex at the opening of a mine. It would have 3 rock carvings around it, which she would instantly recognise. She didn’t even need to see the rocks, just know they were there. Around the same time, I had adopted a lovely pink Andara that held such strong energy of Flamingos. For some reason it haunted me day and night until I gave in and ordered her.

When she eventually arrived, I discovered she would take me on unusual journeys, showing snippets of pictures from ‘birds-eye’ view. It took quite a while to understand her messages. I realised she was flying over countryside I have absolutely no knowledge of, it was nowhere I had ever seen before. Eventually I understood we were travelling above remote parts of Africa.

She took me to many, many places throughout Africa, and on so many adventures I have almost forgotten them all.

I would get information such as ‘go that way’ as she moved her beak to face a certain direction. Then she would say things such as  ‘see that hill’ or ‘look for the big holes in the ground over there’. ‘Folllow that water’, ‘go left here’, or  ‘past that river’.

It was never  much information, however I kept note of the crazy directions given, and began searching maps for inspiration.

I finally understood this was a large part of the Metaphysical Adventure. She had been giving me directions to the Andara mine all along, and how to find the vortex that was the entry point. Charmaine was to meditate and follow these directions to enter. 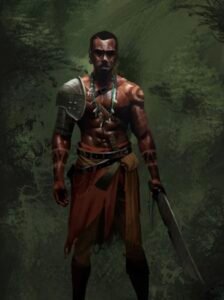 As I was writing messages to Charmaine prior to them leaving, further information kept flowing, describing in great detail the directions she needed in order to enter the mine.

She was to be met by a medicine man, who had been told by my Flamingo Andara to expect her visit. She was then told this medicine man may ask a series of questions to establish her identity.

The conversation with the medicine man would be telepathic, as she does not know his language, and he does not speak English. Some of the questions may relate to Flamingos, so she needed to communiate and work with the energy of my Flamingo Andara first.

She was also asked to tune in to my African Andara, as it was also a key to understanding the symbols in the stone. Holding the energy of the three Andaras would enable passage through the vortex.

Charmaine was also advised not to be scared, he already knew she was coming to ask permission to enter the cave. She was told to stand in confidence, in her power, as he may want to test her integrity or view her heart energy.