As luck would have it, just three days after arriving home from Australia, Charmaine and her partner were on a flight to the mines. A business associate had called to say he had information on the coloured stones Charmaine had been asking about.

They were collected  by their English speaking guide from the airport, and taken to a shabby motel for the night. That evening, they met with the guide who had been organized to direct them them to the mining area, and introduce them to miners.

The next morning they left bright and early for an exploratory trip by hire car, which would take a number of days. 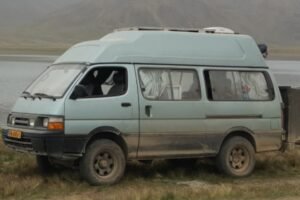 The only hire cars used throughout Africa are the ancient Toyota Hiace vans, very uncomfortable for even the shortest trip. Naturally, because they were heading to remote areas,  they  had to be accompanied by African guide and translator, as well as the taxi driver.

Appointments had been made to meet representatives from a number of mines in a remote venue, hours  from civilization. They drove through incredibly hostile and uninhabited territory. Many times at roadside stops they caused much interest from local children for their unfamiliar skin colour. Days of driving through desolate rural bush tracks later, they arrived at the motel. After meeting with representatives from a number of mines, Charmaine finally recognized Andaras from the samples shown to them. She sent photos to me for confirmation as soon as internet could be accessed. 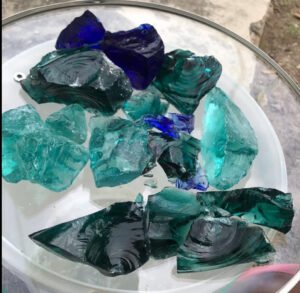 They then gained permission to drive into even more remote countryside to the relevant mines. The most difficult leg of the journey finally began.

Once again, they drove for hours upon hours on dirt tracks through desolate countryside. Finally a freak rainfall turned the roads to mud. The final leg of the trip into the mines became far too dangerous by car.  The only option available was to  leave the safety of their car, and trek by foot the rest of the way. Many hours later they returned, exhausted and very, very muddy. 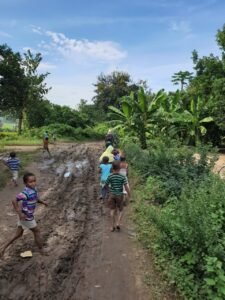 Before they knew it, they had seen what they could around the mining areas, and were eventually dropped off at a small rural airport to fly back to the city, and their connecting flight to Durban. The rest of the crew continued driving home in the much slower Hiace Van. 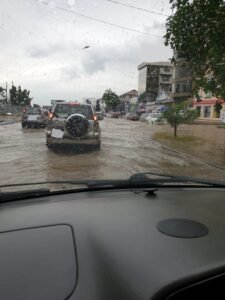 Meetings had been hastily arranged with various government authorities, in order to apply for permits. After the meetings, they again boarded a plane, this time returning to Durban, exhausted yet satisfied with their successful adventure.

Satisfied, that is, until they discovered the complications of dealing with the people and the permits needed for exporting to Australia. So it was back to business as usual in Durban, whilst waiting patiently for the Andaras to pave the way for their trip across the ocean.

In the meantime, there was much going on at an invisible level, which we will cover next.